By adam
June 28, 2018   Comments Off on Deluxe Sealed Attics and Associated Work

Times are a changing. It is increasingly common for people to decide to seal up their vented attics and to choose spray-foam to do it and otherwise take control of that air-space.

As “Sealed Attics” become more common in Raleigh NC and Wilmington NC I have noticed builders and code enforcement officials struggling with these new designs and the alignment of air-barriers and insulation, skylights, redundant framing…  In the past it was a little more monotonous to insulate, especially when air-sealing wasn’t required.

Nowadays code enforcement officials may require a thermal barrier or ignition barrier over the exposed foam and sometimes that part of the scope is as expensive as the foam itself. The presence of certain equipment, the amount of flooring, and the presence of nearby drywall all affect the need for that costly layer.

In general, your combustion HVAC and water heating are affected by sealing the envelope to include that equipment.

While some folks like to spray the foam directly onto the gables and roofs without altering the existing insulation, others require some removal of existing insulation and they give a multitude of reasons for that. Better adhesion, closer temperature equilibrium between the attic and living spaces, and that code requires it. I think whatever you do you should monitor the temperature and humidity with a wireless weather device and try to make sure that the peak of your building envelope is not trapping moisture. It might make sense to have “vapor vents” so that the attic does not trap rising moisture entirely by design.

With density increasing people are often deciding upgrade to have more useful storage space into their homes, so one of the best reasons to seal an attic is the ability to reduce the attic floor elevation given that R-38 on the ceiling requires attic flooring to be on a RAISED platform. 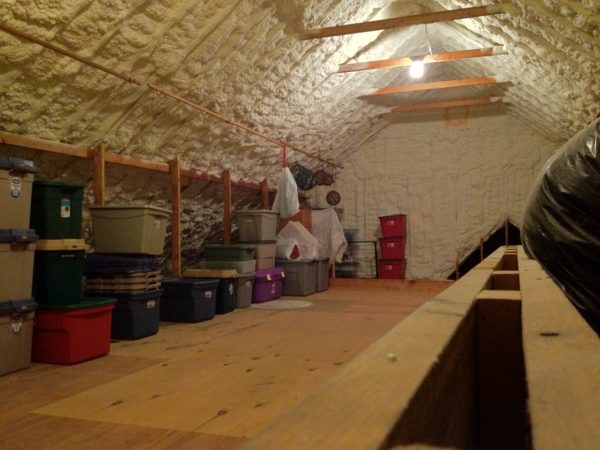 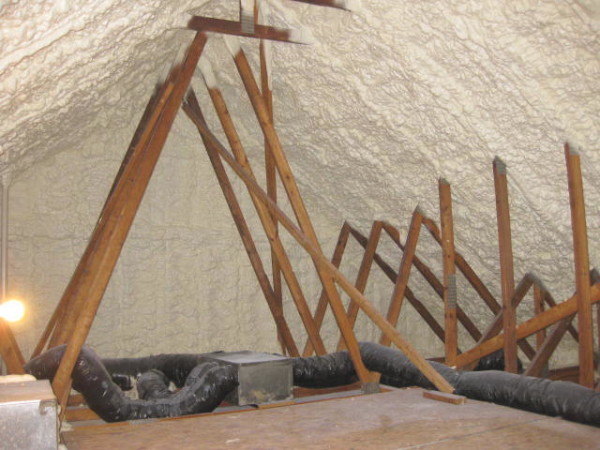 Below you see an attic fan being used as a foam curing and attic ventilation device in a otherwise completely sealed attic. If the homeowner burns some popcorn he can open the attic door and run this fan to evacuate the air from his home. We left it this way!!! 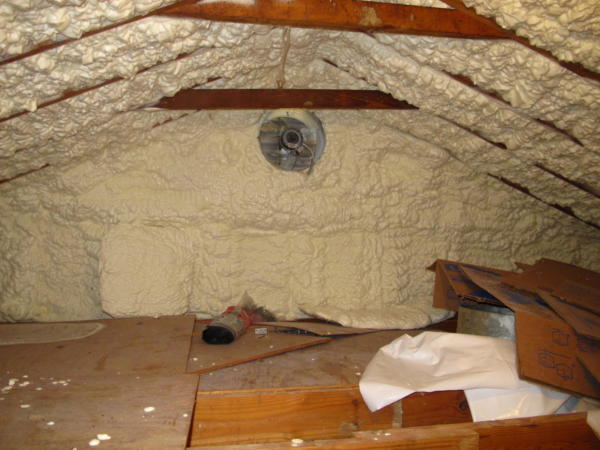 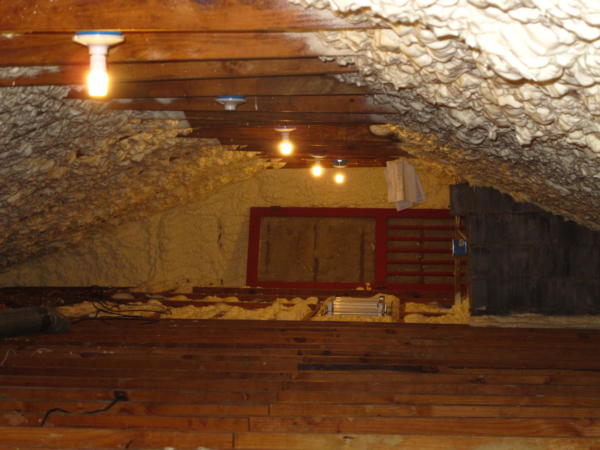 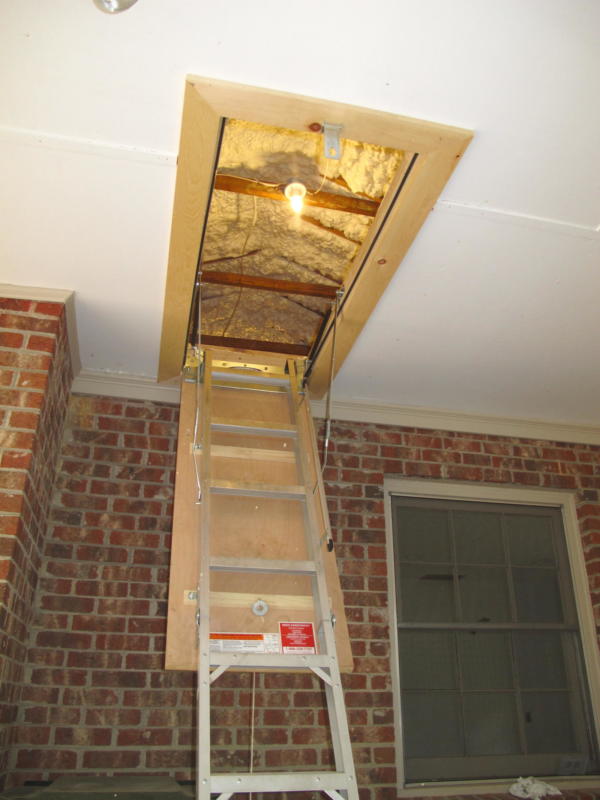 Below you see an attempt to get the same level of energy efficiency performance but we lost the usefulness of the attic space for storage, access, service…

A Deluxe Sealed Attic ceases to be a mess, it is preferred by service professionals, moms, kids, dads, and environmentalists, but we need to hire seasoned professionals for this work and avoid these common mistakes: