By adam
December 13, 2014   Comments Off on Crawlspace Low Point Drain 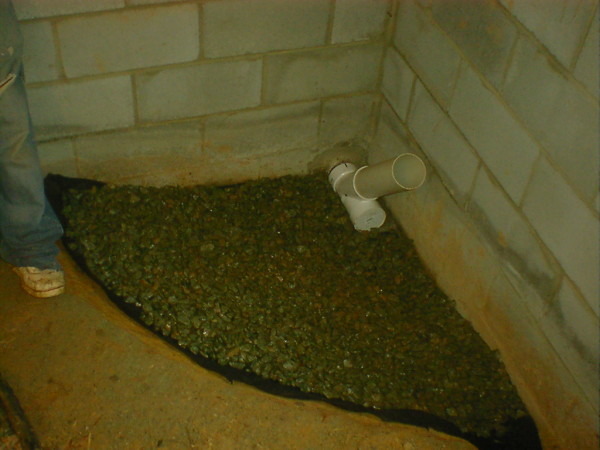 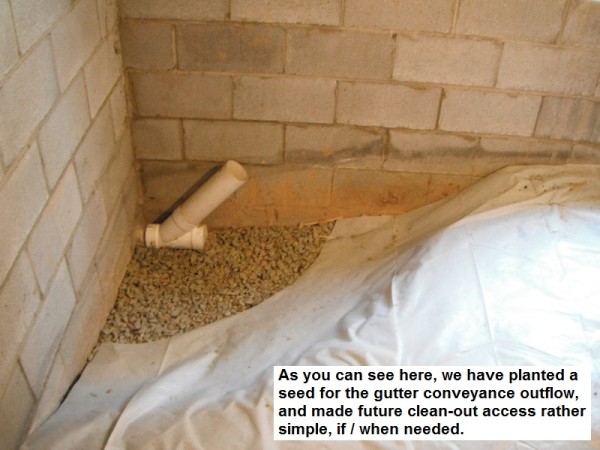 Ideally there would be two separate pipes leaving the foundation laying directly on top of the lowest footing. These pipes could be run parallel and to daylight and it is often okay to marry the two pipes downstream.

A vapor barrier should convey any liquid that falls on top of it directly to a low-point drain to daylight.
Ideally WITHOUT ALLOWING ANY SOILS TO GET WET IN THE PROCESS. 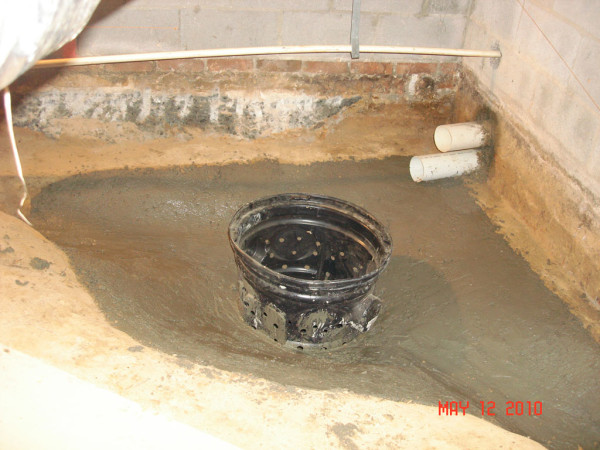 the liner is water tight

this concrete wok would float

this is just the first part of a large filtration system

the sediment fabric, and gravel comes next along with the tail end of the interceptor trenching around the perimeter of this wet crawlspace

the pump hose and a grate will be placed on the lower pipe. the emergency overflow will flow out just the way the primary pump discharge will.

Interior interceptor trenching often means that a sump-pump is mandatory but rarely, if the footing is stepped down on both sides of a corner, you can collect below the uphill footings and spill it out on top of the lower footings. 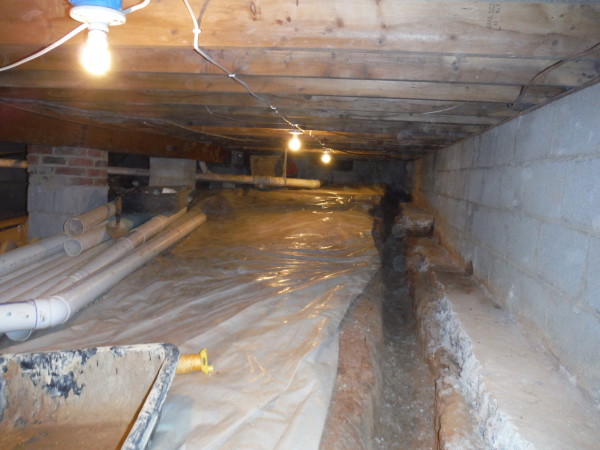 The further you have to take the water in a situation like this the lower your pipe has to be in relation to the footings elevation. In this instance the sediment fabric and the gravel become a structural component supporting the ditch walls and footing. 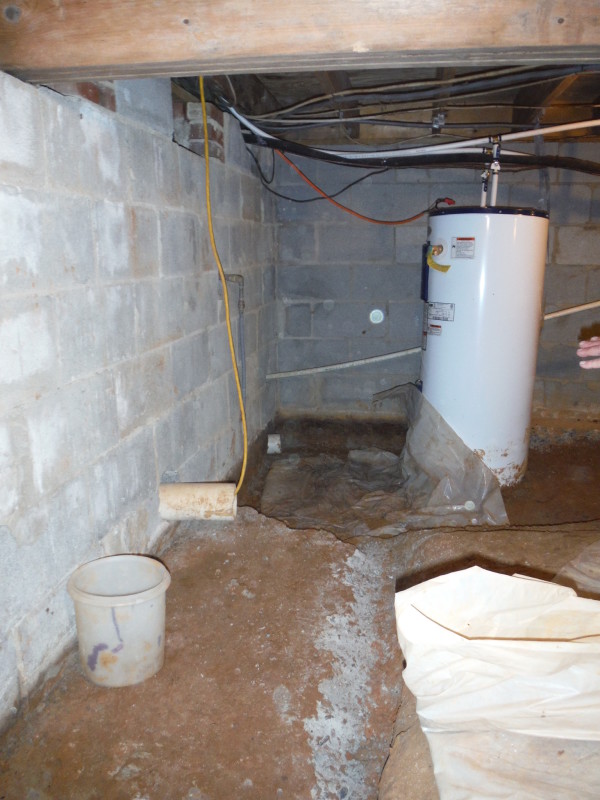 A ditch that started 10″ below the surface is now just 3 inches deep and the soils left are either virgin or compacted soils or concrete, allowing the water to convey to the low-point and leave the structure without pumping.

this project required the removal of ~ 2 truck-loads of muddy soils, yikes, lots of tubs!